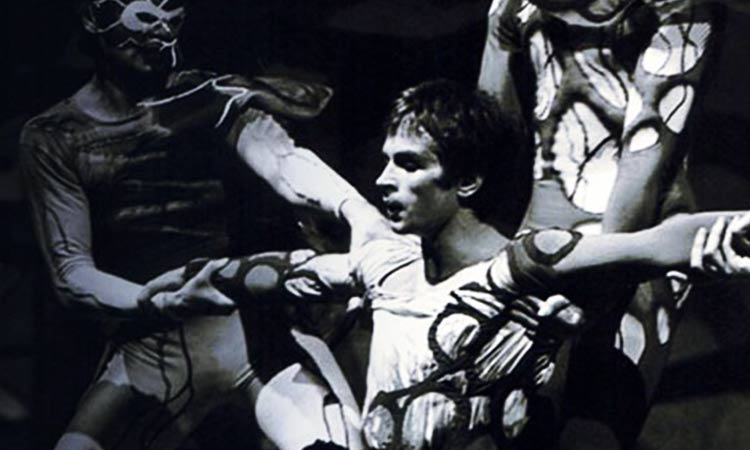 A special relationship linked Rudolf Nureyev to the Vienna Opera Ballet for many years. It was for this company that he created his first versions of “Swan Lake” (in 1964) and “Don Quixote” (in 1966). It was in Vienna that he revived his productions of “Paquita” in 1971 and “The Sleeping Beauty” in 1980. And above all, it was in Vienna that he created his first original choreography, “Tancredi” as of 1966, and put an end to his statelessness by obtaining Austrian nationality in 1982.

It was in October 1964 that Rudolf Nureyev made his first appearance in Vienna as a dancer and choreographer. He created his own production of “Swan Lake” after Petipa and performed with Margot Fonteyn, the soloists and the Staatsoper Ballet Company. This show was so successful that it was filmed in Vienna during a revival with the same performers in June 1966, making it the first of Nureyev’s major ballets to be brought to the screen. Earlier in April of that same year, Rudolf danced “Swan Lake” in Vienna with Lynn Seymour, and making the most of his presence the Staatsoper gave him the chance to create his first original choreography: “Tancredi”, the first performance of which took place on the 18th May 1966 with Austrian dancers.

This was the first time that Rudolf Nureyev was involved in a totally original creation. Up until then, he had only revived virtuoso pas de deux (including “Le Corsaire”) and three ballets from the repertoire that he had danced in Leningrad (“Shades” act from “La Bayadère” in London, “Raymonda” in 1966 in Spoleto, and “Swan Lake” in Vienna). It is true that he had added numerous personal touches to Petipa’s choreographies, revised time and time again during the twentieth century, and had, in particular, developed the male roles, thus creating two completely original solos for Prince Siegfried in London. But he had not as yet attempted a contemporary creation.

Rudolf Nureyev knew very little about modern dance at this time despite the fact that since his stay in Paris during May 1961 he had been to see everything he could wherever he was. But contemporary dance (especially in France and England) amounted to but a few neo-classical choreographers. It was in London when Ashton created the “Tragic poem” solo especially for him at the end of 1961, then “Hamlet” and “Marguerite and Armand” in 1963, that Nureyev began working on this repertoire, previously unknown to him. It was also in London that he revived the role of Eteocles in Cranko’s “Antigone” (music by Theodorakis), and that MacMillan entrusted him with the creations of “Divertimento”, “Bach’s Fantasia”, “Diversions”, “Images of love” in 1964 with Lynn Seymour and the following year, his masterpiece, “Romeo and Juliet” with Margot Fonteyn.

“Tancredi” was put on at the Vienna Staatsoper four times with scenery by Barry Kay, but Rudolf Nureyev was only to perform on two of these occasions, the 18th May and the 4th June. Michael Birkmeyer and Karl Musil alternately played the part of Tancredi on the other evenings. Without really being a success as the overly “schizophrenic” choreography disturbed audiences as well as the Austrian press, the experience was extremely enriching for Nureyev, making him aware of his creative strengths.