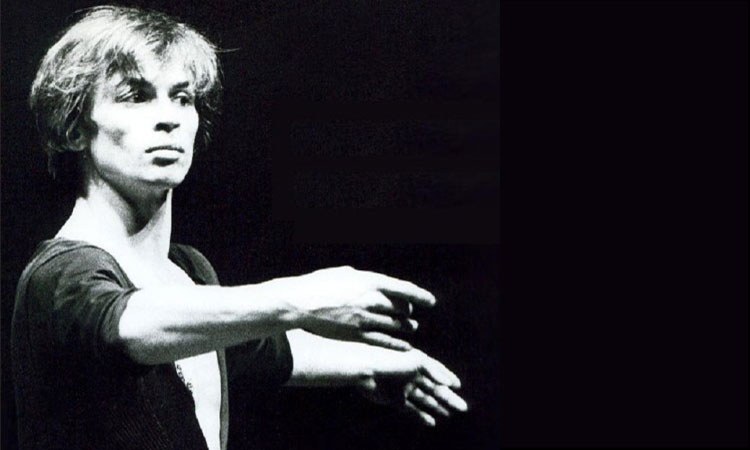 Extracts from the letter written by Maude Gosling in 1989 on the occasion of the seminar in Paris in honour of Rudolf Nureyev .

(…) As you know, my husband Nigel and I met Rudolf when he came to dance for the very first time in London at a gala organized by Margot Fonteyn.
Our friendship grew when a year later Rudolf asked Nigel to help him work on his autobiography and it has become stronger over the years. He stayed with us every time he came to London, and I spent lots of time with him in Paris, and in the course of his trips throughout the last ten years of his life.

When I look back over the thirty years in which I have known him, there are two facets of his character that have never ceased to amaze me: one, his insatiable thirst for knowledge, the other his apparently unlimited capacity for work.
These two facets put together made him a work addict who always wanted to know more about everything.

Rudolf loved new ideas and information. He used to say that to improve your mind was the most important thing of all, as it opened the doors to the world. He always seemed to be reading, listening to music, watching a film, an opera or a play. (…)

He could devote his phenomenal intellectual powers to the simple pleasure of art, but most of the time he used them for his work. What was astonishing was not just his legendary energy, but above all, it was the effort he put into his practising and the patience that he could have when he was staging a new production. (…) It was fascinating to see how something which was initially purely intellectual transformed itself into ballet movements…

libero. commodo dictum pulvinar dolor. elit.
By continuing your browsing on this site, you agree to the use of cookies. En savoir plus.